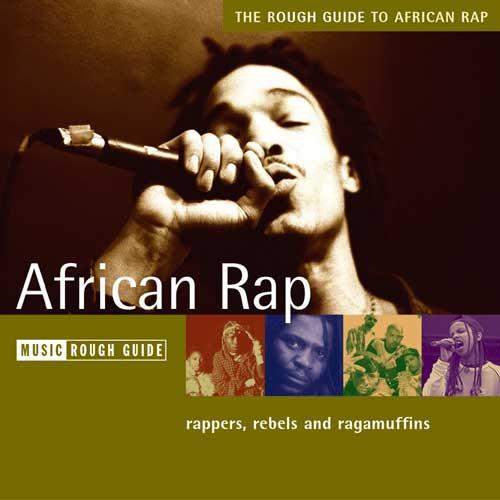 Ice keep doing what you are doing- man/Don’t give a damn those squares don’t understand/You let them tell you what to sing and what to write/Your whole career will be all over by tomorrow night!

The mass media has ensured that the horrors of the Jewish Holocaust are deeply ingrained in our consciousness; however the equally reprehensible Trans Atlantic slave trade does not quite enjoy the same institutional esteem that academia, scientists, the literati, government and historians freely bestow upon the victims of Hitlers Opera of gas ovens and their descendants. Therefore the same institutions cannot understand the points of divergence when the scales of these monumental tragedies are weighed. Israel emerges a nation state unified, prosperous with a lobbying system and influence that permeates and shakes the halls of congress of the most powerful nation on earth. Black people emerged fractured in whatever nation state they were dispersed to, unable to seek reparations for hundreds of years of forced labor and dispossessed not only of their lands and history but in most instances – their language.

English language usage is ubiquitous in the world today, and African rappers wax poetic in this language with the same dexterity and flair as their African American brothers and sisters display(ed) in the heady days of sublime thought transmuted into prophetic sayings that smited the ignorant and combated the status quo in equal measure. But there is a growing section of hecklers and murmurs from within and outside the body of hip hop that asks why African rappers don’t sound more African.

African rappers do not sound more African because their exposure to the English Language was not voluntarily sought, it was acquired by force of arms and coercion. In the words of the current Prime Minister of the United Kingdom David Cameron who stated during a state visit to Pakistan ‘…as with so many of the world’s problems, we are responsible for the issue in the first place’. Who can forget Lord Lugard [1968:309] who posited that Africans are like ‘dumb driven cattle’? He sees his mission in Africa as the responsibility that it has pleased both God and history to bequeath to Great Britain. Western scholarship is replete with such testaments of intellectual folly and gross racism with notable philosophers like Hegel [1991:93] stating ‘Africa is the land of childhood, which lying beyond the days of self conscious history is enveloped in the dark mantle of the night’.

There is a poem that has been recommended in the curriculum of the West African Examinations Councils literature syllabus, the title is ‘Stanley Meets Mutesa’ by David Rubadiri. There is nothing more poignant, more ominous than the last three lines of that poem that foretold a similar spectacular fall from grace that scripture says follows the swallowing of Adams Apple: ‘white man you are welcome/The gate of polished reed closes behind them/And the West is let in’. The less squeamish amongst us enjoy a good horror movie and can easily relate to the analogy of the pale faced poison fanged vampire standing on the threshold of your front door seeking admittance, and the surety of tragedy when the hapless maiden or knave invites this marauder into ones home.T he west was let in… and a lot changed… even language.

It is not hard to picture what would have happened if they weren’t let in, if Africans had been as ‘suspicious’ as, say- the Chinese. During a similar incursion into Chinese territorial space 1644-1911, the Chinese government adopted a xenophobic commercial policy that quarantined European traders in the Southern Port of Canton. The Europeans a.k.a. ‘the West’ and British traders who were locally and openly referred to as ‘barbarians’ had no legal rights or legal status, no other trading partners aside the Hongs (local Cantonese agents), had no access to the Chinese market except through specific trading facilities called ‘barbarian houses’ and had little or no contact with the general population. They were forbidden from employing more than 8 male servants, were forbidden from learning Chinese and had very restricted communication with government officials.

All these measures to any onlooker would have appeared to be paranoia that bordered on the ludicrous, but not only did their cultural heritage survive the machinations of the imperialists but due to the fact the West was NOT let in, nobody is asking why Chinese rappers do not sound more Chinese.

The likelihood of an African rapper rapping in English or French today was solely dependent on what side of the table representatives sat during the Berlin Conference of 1884-1885. Therefore you would be hard placed to find a Senegalese rapper doing his thing in English or Sarkodie spitting metaphors in French and the reasons why should be as clear as the reflections from the night of broken glass in Germany in 1938, 9th-10th of November. Just as that night and those splintered shards entered into the annals of infamy the world over, so should this insidious attacks on hapless contemporary African rappers and singers who through no fault of their own have this linguistic appendage bequeathed to them as a colonial legacy.

It probably should be pointed out that there are thousands of African emcees why choose to ply their trade in their respective indigenous languages however the very essence of that literary convention known as ‘poetic license’ is the ability to choose and having thus done so not to be pigeonholed and this also holds true for the African emcees who choose the English language,the hecklers and dissenters have no problems with the former who live up to or sometimes below their expectations of what an African rapper should sound like.

Africa’s oral traditions encompass storytelling, praise singing, battle cries and songs that precede warfare, marriage, birth and virtually every facet of existential experience. That innate tendency did not disappear when slave traders roamed the land or when families were separated for hundreds of years. It eventually found its voice again in a medium known as hip hop and for Africans the familiarity was the ‘deep calling unto the deep’.

So African rappers don’t rap in ‘African’, get over it.