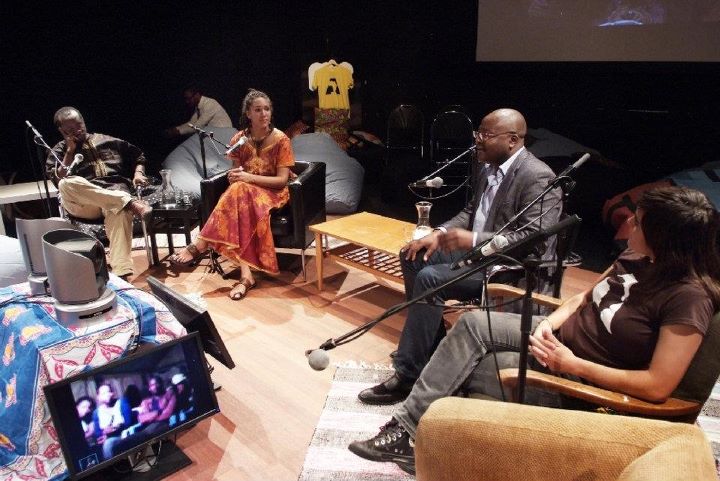 Africa in the Picture, the annual African film festival, has returned to Amsterdam with insightful movies, speakers, talks and people. Africanhiphop.com attended the debate Congo x Amsterdam: celebrating the courage of women, a live debate beyond victimisation of Congolese women, set in two different worlds, Amsterdam and Goma (Congo). Central in this debate were the documentaries ‘Jazz Mama’ and ‘Men from Atlantis’. The debate in Amsterdam was streamed live in Goma, provoking a lively conversation between those who followed the debate.

Check this impression of the discussion and performances:
[youtube]http://www.youtube.com/watch?v=gmSv7dfmQZE[/youtube]

Film making and activism seem to go hand in hand for the South African activist and filmmaker Jo Higgs. Through ‘Men from Atlantis’, she shows an unusual story in which twelve men are determined to shift their reputation as a community of rapists, drug dealers and lost causes, twelve ordinary guys from Atlantis, near Cape Town, decide to take a stand.

‘Jazz mama’ is not only a thought-provoking documentary by filmmakers slash social activists Petna Ndaliko Katondolo and Cherie Ndaliko Rivers, but also a movement, which reaches across the globe.  The film, which mixed documentary and fiction, also attempts to alter many of the conventional ideas about Congo.

Both films deal with sexual abuse and women in Congo & South Africa. Even though the sad stereotypical portraits of weak African women and abusive African men are headlines all over the world, these stories refuse to stick to stereotypes, but rather show positive men and strong women. ‘Jazz Mama’ is a visual poem which breaks the silence in Congo, while ‘Men from Atlantis’ symbolises the support of men for the cause of women.

If you’re expecting elaborated descriptions of horrific stories of abuse against women then these films are not made for you. But for those of you seeking to be surprised and willing to see a different point of view, ‘Men from Atlantis’ and ‘Jazz Mama’ are worth the while.

‘Jazz Mama’ will be shown on Sunday 9th of Oct.