100% Galsen, a hip hop documentary made in Senegal, directed by Keyti

The Africanhiphop.com website was born on February 5, 1997 – exactly fifteen years ago today. Known back then as ‘Rumba-Kali home of Pan African Hip Hop’, the single page hosted by a free web space provider soon grew into a source of info for a wide range of people with an interest in African urban culture. After a few redesigns and a move to its own web space and domain, the website became the biggest online mag about contemporary African music.

In the past fifteen years a lot has happened, artists and like minded websites came and went, rappers were born and some died, even hip hop itself was declared dead every other year but just like this site, African hip hop culture is still going strong. Throughout 2012 we will be celebrating Fifteen Years Online by sharing some very special tracks, videos, archival footage and other projects with you.

First up in the Africanhiphop.com 15 Years Online series: the short documentary ‘100% Galsen’, directed by Cheikh Sene, better known as the Senegalese rapper Keyti. The film was produced as part of the project ‘Redefinition: African hip hop’, a collabo between Africanhiphop.com, Optimiste Production (Dakar, Senegal, the guys behind the Senegal Hip Hop Awards) and the Faculty of Hip Hop (Cape Town, South Africa). Each partner produced a short film about their local hip hop scene and how artists define the ‘African’ in their hip hop. 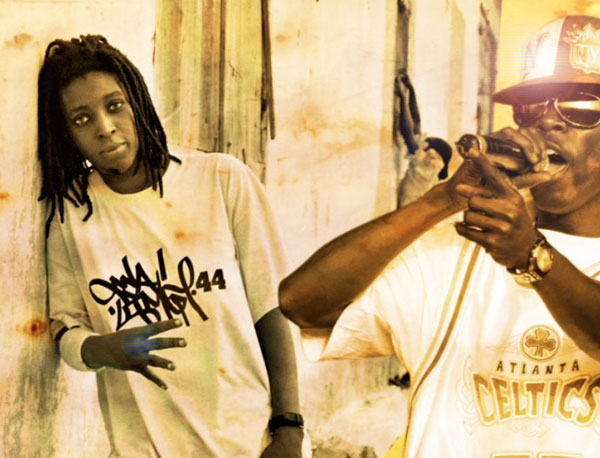 ‘100% Galsen’ (Galsen is slang meaning ‘Senegalese’) is a unique film on various levels. Optimiste Production approached Keyti (real name: Cheikh Sene) to direct the film. And while the last ten years saw many documentaries made about hip hop in Senegal (and other parts of Africa) including the great ‘Democracy in Dakar‘, there were no films entirely made by a Senegalese team – every film production involved a director from abroad, usually Europe or the USA.

Keyti, being one of the pioneers of Senegalese hip hop who has been actively involved in the scene since the mid nineties as an emcee, activist and producer, had access to all the major players in the scene, and most of the interviews he did for the production were more like talks among close friends, creating a completely different dynamic from some of the ‘shoot and go’ style foreign doccies that we have seen in the past years. As you may know, Senegalese people have a way with words, and ‘100% Galsen’ features a lot of talking heads, but the combined insights of everyone from Awadi and Duggy Tee (PBS) to Xuman, Gaston, Maxi Krezy, Fou Malade, Fatim, Daara J, radio presenter Coco Jean and many more gives a unique look into Senegalese hip hop as defined by the artists themselves.

Watch ‘100% Galsen’ in the Youtube-player above (Wolof and French spoken but English subtitles included) and share the link to this article – the idea of the Fifteen Years Africanhiphop.com series is to spread the treasures from our archives and educate the world about the art that we have been promoting for so long.