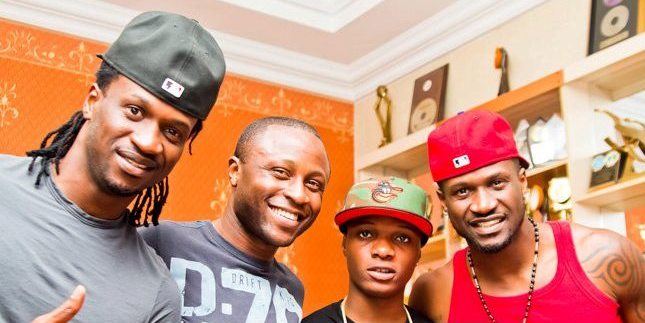 Think about it, over the ages the most renowned gladiators, composers and dramatists have all needed a stage, an arena to make their mark on history. 1520 Sedgewick Avenue, New York acquired immortality through its auspicious history as the ‘birthplace of hip hop music’ and decades later, literally setting the stage for todays African hip hop pioneers is the maverick entrepreneur Ropo Akin, the head honcho and owner of the CokoBar in London, AHH tracks his amazing journey and successes in this no holds barred interview.

Who is Ropo Akin?

A simple guy  who studied architecture and worked in construction in the UK for 9 years and saw a gap in the entertainment African entertainment industry and decided to fill that gap . Resigned my full time job at the time and focused on African popular culture concerts

Would you agree with the popularly held view that you are the biggest concert promoter for the Afro beat genre in the UK?

We are just a growing team focused at developing the African entertainment industry in the UK and creating a conduit for the industry in Africa to expand in the UK.

You started operating in 2004 but obviously the story didn’t start then, can we get a glimpse into the makings of an event manager extraordinaire, the transition, the pivotal moment, the societal, cultural and psychological ingredients that contributed to the person that began the ‘CoCo Bar Odyssey in 2004’?

It started informally in 2004 in the UK however I started organising events in 1996 in Nigeria in my first year of university, set up a student entertainment business called “ON” and recruited other students after a few years of successfully running events alone in university which is still in existent today and managed by other students now. COKOBAR is a trademark I am developing to provide a platform that understands the African entertainment needs and creating a platform for the African artiste to extend their brand in the UK. It has been a hard journey and funds gulping as it has not necessarily been profitable all the way. We have to consistently educate people to align with the structured platforms which are already in existence in the main stream in the UK.

My formal experience over 9 years in the construction business in the UK working on complex and large projects has helped me with structuring the growth of cokobar.com in the UK and we are still very far away from where I envision.

What is the origin of the name ‘Coko Bar’?

It is  COKOBAR.COM  with a “K”. Just thought about a name that will sound African but could easily fit into the European setup. At the start it has always being about building a website that becomes the hub  for  live entertainment.

Could you describe the corporate structure of the company, the night club is its public face but you have a well- oiled marketing and promotion team as well?

COKOBAR OR COKOBAR.COM is owned 100% by me.  It is a virtual brand and  really not a bar  or night club as such . We lease venues to produce the live version of our virtual existence. We work with partners to deliver different parts of a project we initiate and manage them to deliver to  our minimum standard. Similar to how you will run a construction project.

Who has been the most challenging artiste to feature on your roster in terms of overall complexity? What were the bottlenecks or impediments that led to that conclusion?

CokoBar 101 economics : How would you describe the process of hosting a successful show in your own words?

Start early and avoid being over budget. The show never does better than  it can  on paper.

What is your view on the evolution of what is called Afro beats whose rise coincidentally started at the point that you started this in 2004, what is the future of Afro beats from the perspective of the entertainment mogul and what are the issues arising?

Afrobeats has a huge following from the whole of Africa which is a very big continent hence will be around for a long time and we are only at the beginning of the its popularity. We just have to refine the process of delivery and find ways of making it cheaper to deliver live events  in the U.K as it is not really been easy  as the market is not big enough yet  in Europe.

The D’Banj-Don Jazzy break up sent shockwaves through the Nigerian entertainment world, and seemed to spark a growing trend amongst mainstream acts such as Brymo with Choc city, Wizkid and EME and May D from Square records, would you consider it to be part of a growing trend or is there an inbuilt flaw in the legal framework or financial commitments of all concerned, does the ‘drama’ have any bearing on your business strategy as a company in terms of risk analysis? And in light of the very separate career paths embarked on by the duo of Don Jazzy and DBanj, who in your opinion is going great guns and making greater strides?

This is not new in the industry and has happened in the UK with bands splitting up. The legal framework in Nigeria has a lot of loop holes so this may need to be tighter  and it is too expensive to fight a contract agreement in most cases when it involves talent management as the market is not as rich as it looks. It is just individuals that are doing well and not large organisations  as such.

Regards  Dbanj and Donjazzy, we don’t know yet how it will turn out. They are missing themselves obviously.

There is a general feeling outside the West African axis that the CoCo bar does not cater to their musical affiliations or icons and it is a ‘closed’ clannish organization that is hard to approach, what would you like to say to fans from East, South and North Africa that are aching to get a slot on one of your events with all the pizzazz and fanfare that it entails?

Cokobar  is still growing and have started from what we know which is Artiste from Nigerian Origin  and also West Africa. As we expand  we will look outside our domain. It is not as easy as it looks to deliver these shows and we hardly get sponsors so we have to play safe at all times. We have started rolling out schemes that every one can benefit from by investing in any event and participating by performing on stage  and bring their fans to our shows.

CoCo Bar paints the picture of an aggressively evolving enterprise, what are the ongoing projects and where do you see the company in the next 5 years?

We have  4 annual comedy shows  and 2 annual Live music shows  which en-compasses several talents who are  making waves across West Africa  for now and hopefully Africa .

Let us talk figures, what is the ball park for ticket sales and revenues for each show say at a P Square concert or other major Afro beat brand? And does this profitability allow you to compete and rub shoulders with other similar outfits who market the Rihanna’s of the world?

Not profitable without sponsors. We cannot compete. Companies do not see African events  as viable platform to promote their products.  We have invested in P-Square e.t.c  events in the past to develop our brand and many  times knew we were losing funds from start but gaining brand awareness and hopefully in future have brand partners and sponsors.

Philanthropy: You singlehandedly sponsored the phenomenon that is Vocal Slender has discovered by the BBC programme: Welcome to Lagos. Was that a publicity stunt or an integral part of your mission statement is discovering and harnessing promising African acts that you spot? What’s the angle behind the whole Vocal Slender import?

It was a show of our intent and mission statement to be vehicle for African talent in the UK.

British Hip Hop is a variant called ‘Grime’, despite the sophistication of the music industry in Britain, Grime is yet to have its day in the sun and has retained its underground status with all the street cred and limitations that confers, by contrast, Afro beat has been able to cross over into mainstream markets within a few short years, what are the constraints limiting the growth of ‘Grime’ music?

You wrote a very impassioned article regarding the Woolwich murder of Officer Rigby,’ Leave Nigeria Out of this’ you listed the accomplishments of some British nationals of Nigerian ancestry citing a seemingly unfair tagging of the Nation to this crime, any particular reason?

You have been following my personal Facebook page! The article was not written by me. I read it and thought it was an interesting fact and posted it. It only got noticed because I have a big following on Facebook. I just thought Africans should be celebrated for positive news and not by the minority negative events in the U.K

Who are the present or current or upcoming stars in the African hip hop firmament we should watch out for?

Any additional comments or insights you would like to add?