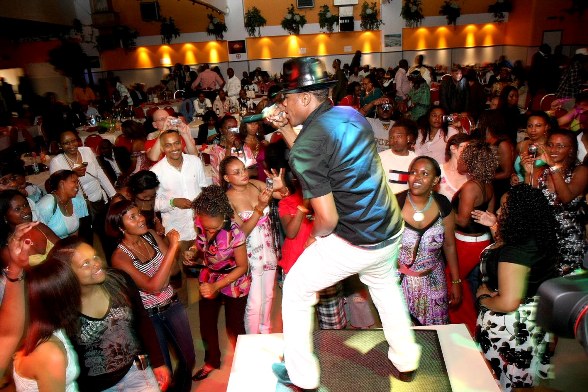 At his young age, Ali Kiba (also spelled Alikiba or Ally Kiba) from Dar es Salaam, Tanzania has already seen much of the world. His songs, most notably the monster hit Cinderella, have become known and loved all throughout the Swahili speaking countries of East Africa as well as the diaspora. The style is called Bongo flava which is also the term used to describe Tanzanian hip hop, however Ali Kiba’s songs are more reminiscent of candy zouk.

While on a European tour in April 2008, Ali Kiba stayed in the Netherlands, where he joined the African hip hop radio studio for an interview. He also sang an acapella version of Cinderella without any artificial effects, showing that he doesn’t actually need Autotune pitch correction (the same effect that was discussed in Jay-Z’s ‘Death of Autotune’).

Note: this show was recorded for the Dutch edition of African hip hop radio on FunX Lijn5. Presentation is in Dutch, the interview is in English and French.