East Africa Rise Up (EARU), a hip hop based initiative in Arusha, Tanzania have started a Kickstarter crowd funding page to gather support for a planned one-month trip ‘up north’ of hip hop crew Watengwa to perform and record in France. The show at Festiv’al Arache in Cergy (north of Paris) by the three emcees should take place next month (May) already, but they are still looking for the money needed to cover their travel expenses and visas. The funding drive currently has only seven days to go so if you want to support, do it today!

Watengwa throughout the years have been at the core of underground hip hop in Tanzania, based in the stronghold of East African hip hop culture that is the city of Arusha. At some point they had a very productive recording studio running in the hood of Kijenge (also known as the breeding ground for X Plastaz) and they released a compilation ‘Full Ile Laana volume 1’. In recent years they linked up with French organization UUKSA and collectively started East Africa Rise Up which culminated in a tour of Arusha based emcees to Kigali, the recording of a cd/dvd and performances. 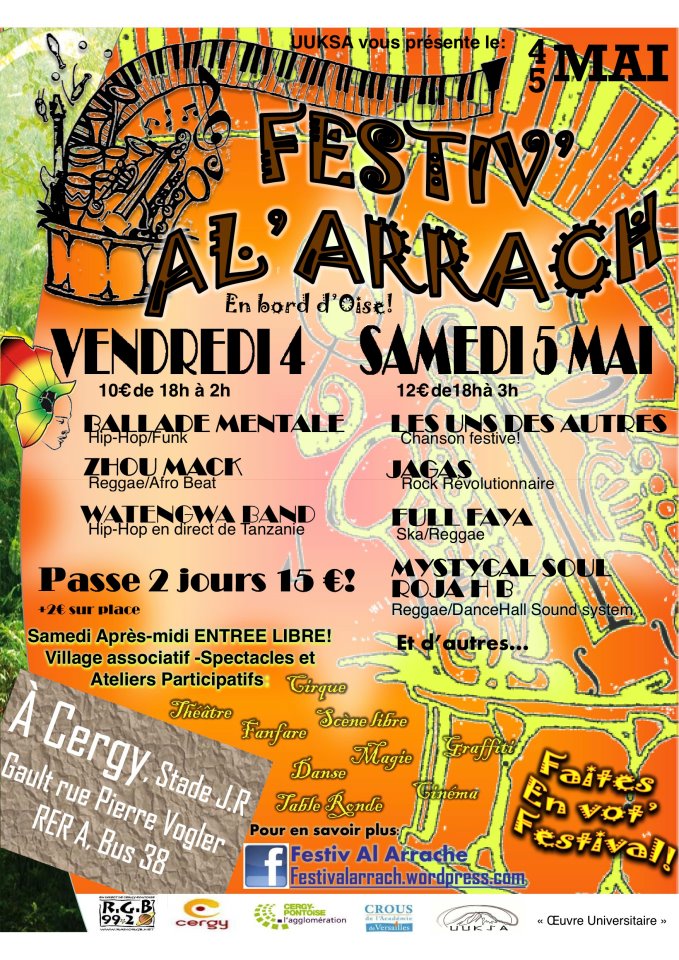 Check out Watengwa on Reverb Nation and Facebook, and the Festiv Al Arrach website here, and make sure you donate here via Kickstarter.