The 411? Cape Flats is Outta Ya League 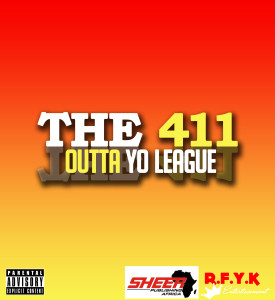 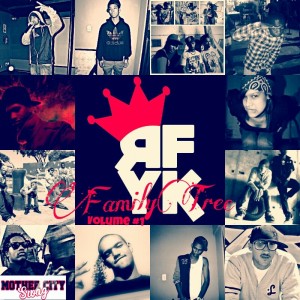 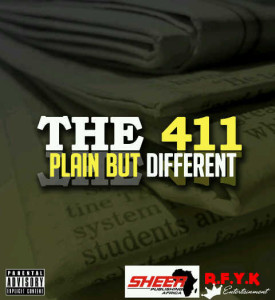 Local residents simply call it ‘The flats’. Anthropologists called it apartheid’s dumping ground,a place of baffling historical contradictions that is home to South Africa’s largest Muslim community and somewhat disturbing levels of gang activity,hip hop is alive and well in this borough and RFYK Entertainment ably led by Nigel Jones drops these joints for your listening pleasure.

The Title track Outta yo league is the type of song, we wanted 2 make a statement with, especially to our selves because we’ve been gunned down, rejected and neglected by many people we’ve asked a helping hand, so in other words we first had to believe in ourselves and pass all our own trials to really call  411 out of anyone’s league! The group’s dynamics is unique as each member brings a different feel and flow, and that is the very reason why our first single is entitled :Outta yo league! Because we feel as a group our buzz can’t be recreated!

The Group (411) started purely out of the needs of four artists to express their musical abilities, N.I.G (Nigel Jones), Biggie Banks (Morgan Petersen), D-Nice (Dorin Petersen) and Homie P  (Kyle Stoffels) came together about three years ago and haven’t looked back since. The group’s members are all from the Mitchells Plain Cape Town area and the cape flats background has a strong influence on There music. They chose the name 411 because they feel there music is current and hip so in other words they bring the 411.  Each member brings a different strength to the group. Whether it is production, lyrical content, or song composition the group covers those areas with strong conviction!

The First single Outta Yo League is part of a six track E.P that will be released early August off the record label Royal Flush Young Kings Entertainment. The E.P will be titled The Family Tree, as it features not only The 411 but also other solo artist on the label namely P2M, PRFND and Homie P. Other artists to feature on the E.P includes the  legendary Garlic Brown, Kid Clever and a host of other artistes.

Check out some of their music:
411
Master