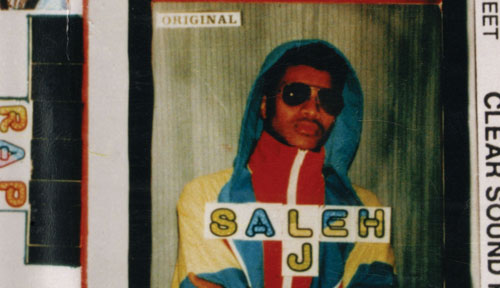 One of the original heavy weights of hip hop passed away yesterday. Heavy D (44) died in Los Angeles of respiratory issues. In the early 90s the Jamaican born rapper’s music was massively popular in many African cities. Heavy’s influence on the budding African hip hop scenes can’t be ignored.

Take this example of the Swahili version of ‘Now that we found love’, one of Heavy D’s biggest hits. The cassette by Saleh J was the first commercially available recording of Swahili rap and it was sold all over Tanzania and Kenya. The album full of Swahili language covers of commercial rap hits was recorded in 1991. Back in 2001 we interviewed Saleh Jaber who by then was living in Abu Dhabi about his days as a rapper and the recording of ‘Ice Ice Baby – Swahili Rap’.