If you lived in Tanzania in the 90s, as a hip hop head the name Deplowmatz (DPT) was without a doubt on your radar. The crew made name with a string of hits including ‘Are you down with the DPT’ and ‘Take a ride’. Produced by Master Jay, they introduced a clean and polished sound driven by 80s smooth funk samples that helped redefine Tanzanian hip hop.

The name of the group came from the fact that two members’ parents were diplomats, and indeed members Saigon and Dola Soul first met when living in Lagos (Nigeria). If you want to hear a DPT classic, check out the latest African hip hop radio show for the MJ sample driven ‘Kila siku kila mwaka’. 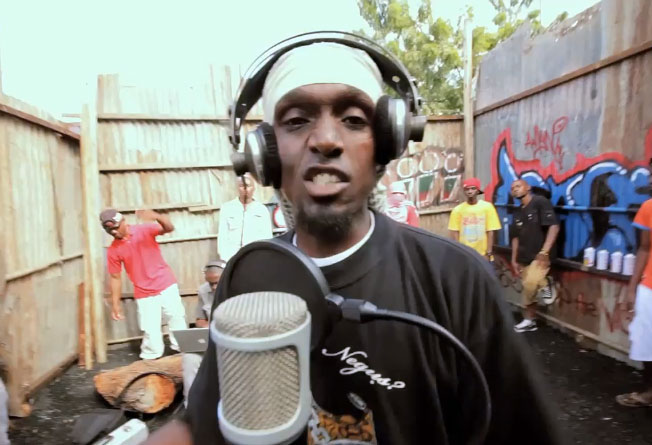 After one album release and a couple of hit singles (including a solo venture where Saigon teamed up with P-Funk and Kalamashaka for ‘Au Siyo’ which became a big hit on the Kenyan scene), the Deplowmatz became inactive in the late 90s as their members went to study; Saigon moved to UK while Dola embarked on a solo career. Saigon was then heard on a few solo singles recorded in UK, and later in Tanzania after he moved back, but they didn’t have the same impact as the earlier DPT work.

We always wondered what would have happened if Saigon wouldn’t have left for UK back then – another DPT album? Or a solo album by Saigon? Without a doubt, either of those would have claimed its space in the history of Tanzanian hip hop in an era before Bongo Flava.

So to our pleasant surprise, here’s ‘Rudia’, a hardcore track produced by Chizen Brain, and a video by Benjamin Busungu (Mambo Jambo) that shows Saigon doing what he does best, spitting on the mic at full energy level. Spread the word… Tanzanian hip hop is alive!