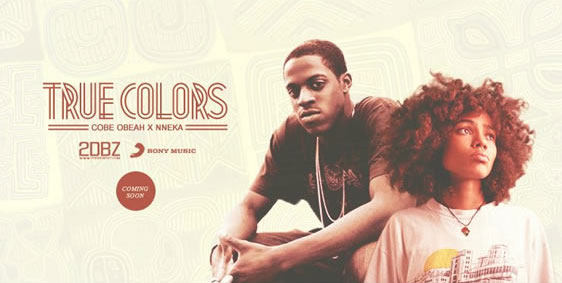 Nneka has been touring almost non stop over the past months, and her stays around the world have left some traces not just in a rapidly growing fan base but also a string of collabo’s with like minded artists and designers. In Kenya she recorded with Eric Wainana, in UK she performed with Rita Ora (whose monster hit R.I.P. samples Nneka’s original composition Heartbeat), in Spain she did a photo shoot for Nigerian-Spanish bags brand Minku, in Uganda she conducted workshops and shared the stage with local talents at the Goethe Institute.

Now there’s the single ‘True colors’ by American-Nigerian emcee Cobe Obeah (whom you may have heard in past episodes of African hip hop radio). The new single off his upcoming street album ‘Song of the Starz 2: Dark Night’ which comes with a serious feature of Nneka singing is now available as a iTunes download, or stream below: