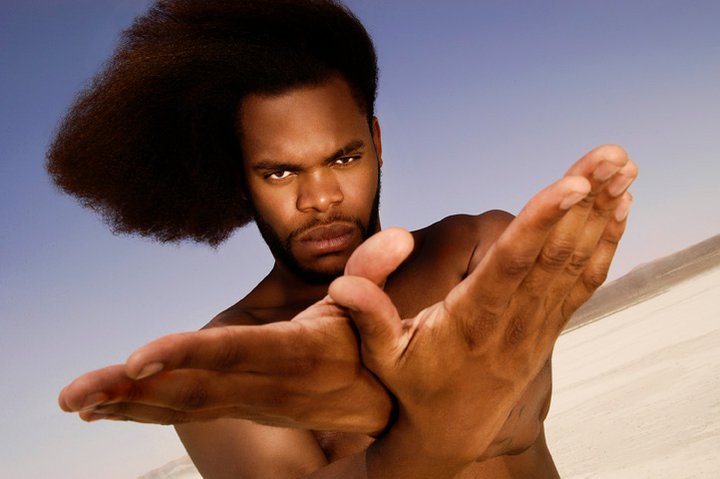 Leggezin Fin is an emcee and producer from  Angola. He began his musical career during his stay in Coimbra, Portugal where he became a member of the group Acropole. During his educational studies in Los Angeles, he opened a label, Maggnata Productions, and released his first single in 2001 as a solo artist titled “Globo Terrestre” which led to a full length CD only distributed in Angola.

In 2003 Leggezin had the chance to meet Wu-Tang affiliate Prodigal Sunn from Sunz of Man fame and they hit it off immediately. ‘Sunzini’ was amazed by the energy and innovative beats and he signed him to his company GODz Inc entertainment as a producer. After Leggezin put in work on the label, Prodigal Sunn got him initiated into the Wu-Tang Killa Beez. In 2004 Leggezin released his solo project called ‘Precisao’ with the single ‘Universal soldier’ featuring Prodigal Sunn . The album also featured Wu-Tang mastermind the RZA. In 2005 he was credited for producing the hit ‘Campaign’ from ‘The Return of the Prodigal Sunn’.

Leggezin then released a 4 track album  entitled U.F.F”(uniao faz a forsa) for his loyal fan base including the first single ‘Afro Killa Beez – Mo povo luta’ with his Wu comrades Kinetic 9 and Shogun Assassin from Killarmy, Prodigal Sun and new comer Chi-King. Not one to miss a talent, in addition to taking him on tour, the RZA also got Leggezin involved on the ‘Afro Samurai: Resurrection’ soundtrack on the song ‘Take The Sword Part 3’ as well as giving him a couple of features on the Achozen project alongside himself, Shavo, Beretta 9, and Reverend William Burk.

For more on check out his site