K'naan & Nas – Nothing to lose

When we last spoke to K’naan he was in the middle of the World Cup tour, about to play a show for a Coca-Cola promotional event in the Ajax Arena stadium in Amsterdam. And while his soccer related activities were centered around a track that had very little to do with the artist’s origins in hip hop music, K’naan shared his plans of recording a proper hip hop album – his friend Mos Def had ranked him among his favorite emcees and certainly there are more hip hop heads waiting for their turn. 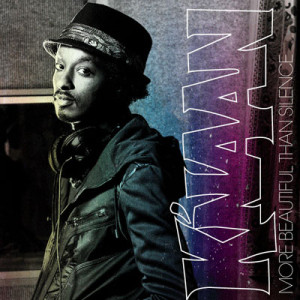 18 months later, K’naan is back, not with a full album but an EP titled ‘More beautiful than silence’ and we agree, what a way to break the quiet. The tracklist  was announced, featuring a cameo by Nelly Furtado, but the first single delivers on his promise – ‘Nothing to lose’ is a bare bones hip hop production with US based rapper Nas, by now a veteran in the hip hop scene and one of K’naan’s early inspirations when he first came to Canada and the USA in the mid 90s.

The chorus has a bit of pop appeal, too, so nobody needs to fear that he may estrange the pop fans he acquired along the road. And Nas has worked with the Somali born lyricist before, on last year’s Distant Relatives album, including the track ‘Africa must wake up‘.

While Nas in this song claims ‘Yo my Somali niggas know what war be’, he was almost taken to war for his previous lyrical mentioning of Somalis, which were not entirely uplifting, think ‘he thought the hoes were Somalian’ (The Set Up, album ‘It was written’). But indeed, that was nearly two decades ago so let’s enjoy the enlightened Nas next to his true Somali brother.

The EP will be available from tomorrow through your usual online stores; no word yet about a cd version, or even vinyl…