After a short hiatus in September during which J4 spent some time in Tanzania and Amal prepared her office for the winter months, the African Hip Hop Radio team is back in Amsterdam’s Red Light Radio studio for an extra packed episode of African hip hop radio. Brand new tunes by Fredy Massamba, Keziah Jones, Terror MC and Professor Jay precede an hour of underground 80s Afro classics, inspired by the upcoming dj Gioumanne mix as well as the Felabration and Onyeabor Week events.

October 2013 saw the worldwide celebration of two icons of Nigerian music from the seventies and eighties; two artists with overlapping musical influences but a vastly different career path. 15 October would have been Fela Kuti’s 75th birthday, and Felabration, the annual tribute celebrated worldwide on the occasion of Fela’s birthday was amplified a little more this year with the release of the Red Hot + Fela compilation, a sort of follow-up to the 2002 classic Red Hot + Riot. Both compilations see American hip hop artists and a wide range of African musicians team up to perform covers of classic Fela tracks (and isn’t almost every Fela track a classic?). The other grand home of Nigerian music of the past decade is William Onyeabor, whose name until less than five years ago was all but forgotten except for a handful of hardcore Afro disco/funk diggers. 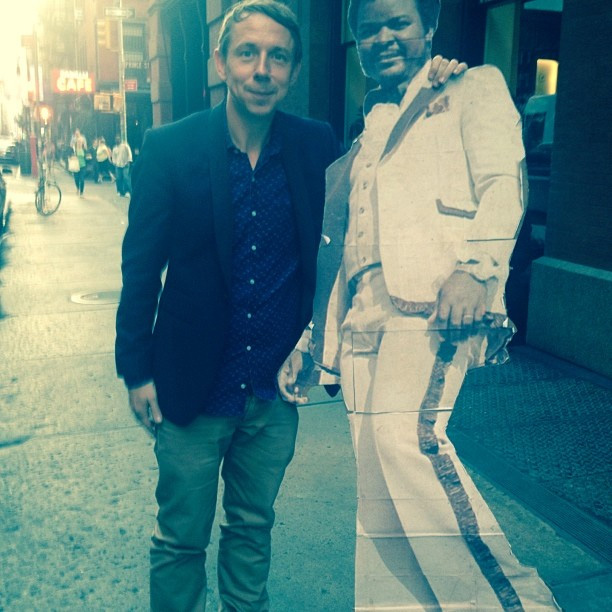 Original copies of William Onyeabor’s self-released albums, on which he displayed an unusual mixture of proto techno house (early 80s!), funk, gospel and disco, have become sought after by what could be mistaken for a homogenous crowd of white, 35+ European and American hipsters (beards, tight pants and all). In reality, with the first ever legal reissue of his work by American label Luaka Bop, Onyeabor’s sound has a potential of reaching out beyond the crowd that has come to embrace afrobeat, but also beyond the forementioned hipster community – who were indeed among the first to  jump on the limited (300 copies) vinyl reissue of William Onyeabor’s ‘Good name’, sold out within minutes after it became available for online orders, and by now resold for at least triple the price by a couple of smart Discogs sellers.

The release of the best-of compilation ‘Who is William Onyeabor’ – so named because nobody except for our friend Uchenna from Comb & Razor ever got to sit down with the born again Christian artist about his music – was celebrated as the label created an out-of-control promo campaign which included William Onyeabor t-shirts, Wilfilms (his private press label) plastic bags, the ‘Smooth and Good’ fanclub, a newspaper, a larger-than-live Onyeabor cut-out doll which was made to pose with BBC dj Gilles Peterson and, of course, the worldwide William Onyeabor week with parties in ten cities around the world (including Berlin, Paris, London, Lagos and Tokyo). Sadly, our postal order of the ‘Good Name’ LP had not arrived yet at the time of recording so it didn’t end up on the playlist.

Enjoy 2 hours of the freshest tunes, from this month played through Mixcloud instead of Soundcloud as Red Light Radio switched platforms.