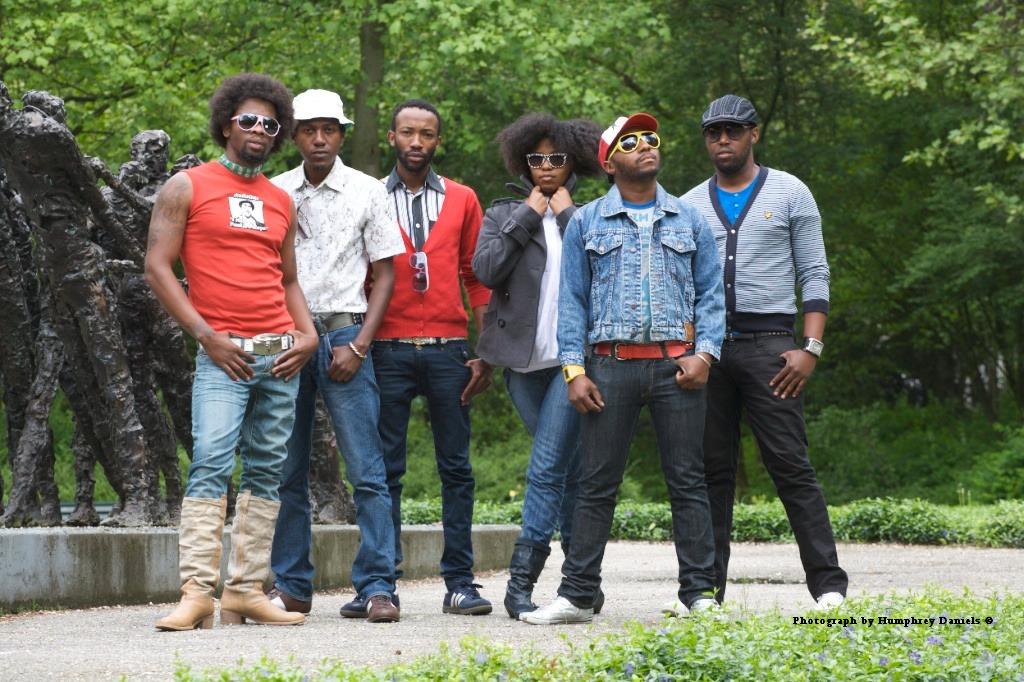 In the summer of 2009, Soweto based group Bantu Continua Uhuru Consciousness (or simply BCUC) went on a European tour which saw them frequent the majority of open air music festivals in the Netherlands. They also made time to drop by the African hip hop radio studio at FunX in Amsterdam for an interview and a freestyle session. The group of six vocalists and musicians, who all have a broad musical background and whose influences include hip hop, reggae and traditional music, spoke about music, politics and life in Soweto.

This episode was recorded for the Dutch version of African hip hop radio at FunX Lijn5; presentation is in Dutch but the interviews are all in English. The third hour is a non-stop mix by dj Threesixty.