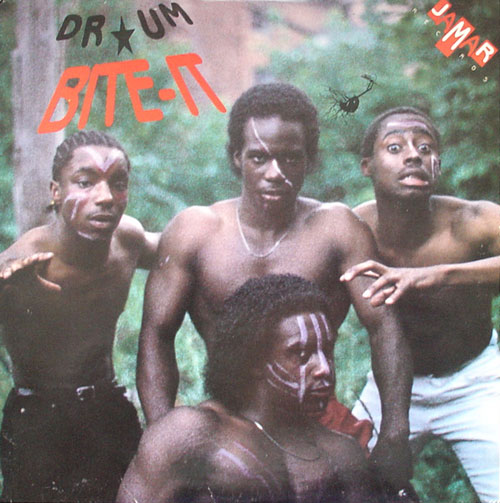 In the June edition of African hip hop radio, Amal and J4 bring out the records! The first hour of the show is dedicated to African hip hop on vinyl. The bulk of rap albums from the motherland have been released on cassette, or more recently cd and other digital formats, but there is a moderate shelf of African hip hop on LP vinyl and 7 inch out there. Remember our post about pre-school Nigerian rap? There’s more out there, though. Starting off the show with a couple of boogie rap rarities from early 80’s Nigeria, Cameroon and Ivory Coast, we move towards the Afrocentric era with anti-Apartheid tracks and the first post Apartheid track by POC, then an early Reggie Rockstone track with his group PLZ and a track from Positive Black Soul’s second international album ‘New York / Paris / Dakar’, which remained shelved for years.

In the second hour we’re joined by Esh from the UK, originator of IBMCs, the international hip hop organization. He’s just released a couple of tracks bringing together emcees and producers from all over the world and he plays a remix featuring Zimbabwean-born Rantobokgo. Amal brings out the Somali funk by Iftar, and J4 unearths a potential copycat move by Cameroon artist Jovi whose new single uses a Tabu Ley sample in the exact same way as Youssoupha (Tabu Ley’s son who lives in France), did a few months prior.

Later this week we’ll up;oad the July show of African hip hop radio with new tracks from Tanzania, Ethiopia and Sierra Leone, and an interview with Tanzanian rapper Solo Thang who lives in Ireland nowadays.